The Free Dictionary defines allegory as:

“The representation of abstract ideas or principles by characters, figures, or events in narrative, dramatic, or pictorial form.”

The definition comes with an example:

“The blindfolded figure with scales is an allegory of justice.” 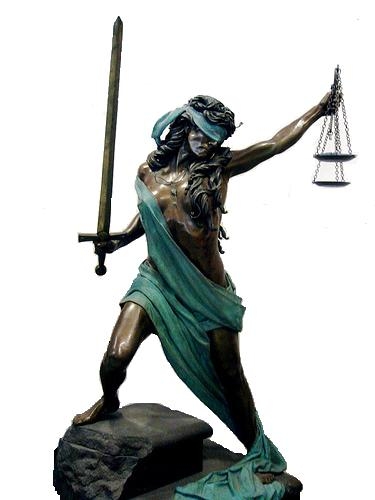 Speaking in terms of literary allegory, this definition with an example seems fairly straightforward, but does it explain what allegory truly does as a function? And what should the reader of allegory be doing?

Allegory is an extended metaphor that asks the reader to look closely at what is being said, to discern deeper meaning. In this manner, allegory works as a tool to convey messages in a cryptic manner. Allegory allows subjects to be examined in depth without tying the subject to specific people or situations. This process of describing without explicit identification protects the creator of allegory in cases of criticism, and bolsters acclaim in cases of profound revelation. Allegory is thus a type of explanation that conveys what might otherwise be overlooked providing a reader takes the time to discern the message. Alternately and paradoxically, where certain non-allegorical subjects might be at first difficult to understand, allegorical depictions of such subjects are often easier to understand than the nature of the subjects themselves.

For the task of reading allegory: the reader of allegory observes the characters and content of a text and determines what abstract idea or principle the connection between the two is supposed to represent.

Should this transposition of worded images into ideas supposed to happen in real-time?

In order to discern allegorical meaning, the reader has to consider the characteristics of a character and the context by which they are behaving before an allegory can be identified. This idea would suggest that transposing a text into allegory would function like a syllogism: a character in a situation does this and that, this and that happened, therefore the character must represent abstract idea “x.”

The problem with identifying allegory through this equation-like process is that a reader will come to expect a character’s behavior. Inevitably, the character will not fulfill its obligation to a representation causing the allegory itself to breakdown. Strict adherence to a singular allegorical interpretation can also produce characters that are flat simply because of this predictability. In addition, external circumstances occurring outside of the character’s path of development can alter the perception of an intended allegory. 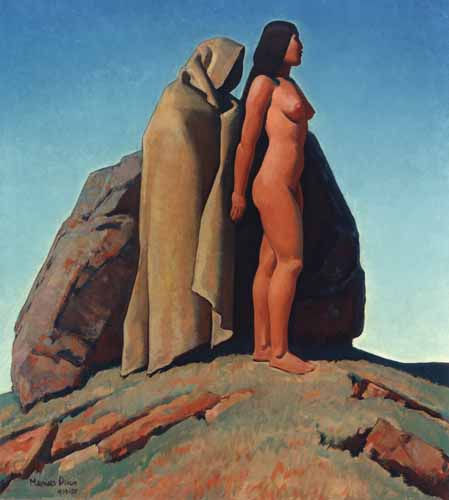 Such literary conditions tell on the need to recognize how allegory can shift in its nature. If an abstract idea is pinned to a character, a reader has to be prepared to observe how a representation may change as a narration progresses. This what the reader of allegory does. Though the equation formula leads to the notion: character = x, the flexibility of content within the text may destabilize the outcome, warranting the basis for the possibility of different outcomes.  The dictionary definition’s example states: the blindfold figure [lady] is justice. But what is justice? A beautiful woman wrapped in a sheet wielding power over others? Virtuous vengeance? A courtroom? Karma? And why does justice have to be blind? Does not one need to see who is being justified? Is it necessary that the gender of justice be female? Are women more justifiable than men? In this manner, allegory can spin off into multiple directions. Likewise, a character fighting bad guys with the symbol of Christianity on his chest can represent biblical good over evil, or it can represent the power of a nation that fights under the banner of religion.

For practical reasons, the temptation for the reader of allegory is to read then identify allegory afterwards, as to avoid the pitfalls of lengthy contemplation that can ruin the fun of reading. But the allegorical reader is responsible for recognizing the life of a text and the ability of language to manipulate interpretation. When an action occurs that does not fit with a representation, the reader must identify and adjust. When similar characters behave in similar ways, the presence of duplicated suggestions have to be accounted for. When puns are used, how should a reader react? An interpretation must consider the subtle inconsistencies as they happen–in real-time–in order to make sense of a narration lest a reader misjudge the nature of a text. 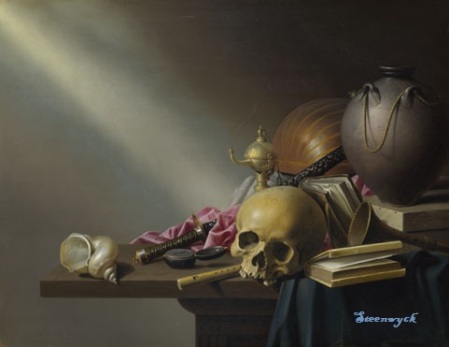 Time also influences the meaning of allegory. A hawk flying high above may have once represented a spirit flying into the afterlife, but later may represent notions of reconnaissance espionage. Culture affects the meaning of allegory. One ethnic group may interpret a battle scene as a savage lack of reason while another may view it as a necessary component of national expansion. Individuality can influence how allegory is interpreted. A vegan observes the animal farming industry as a representation of mankind wielding unlawful power over the animal kingdom while a common consumer may view the industry as mankind’s right to survive.

What can help the allegorical reader is to consider the author’s situation and the context by which a text is composed. Specific ulterior motives generally drive the creator of an allegory. Even in this case, however, allegory is not static. As the dynamic of an author’s mind is complex by the very nature of existence itself, an author’s intended allegory is subject to powers that are beyond authorial control. Varying thematic elements will subconsciously slip into an author’s work that render the intentions of a text valid only to a certain extent. Truthful interpretation arrives out of examination from outside the text and from an unbiased perspective, not from minds operating within and creating the text. The author’s intent, then, should be considered in conjunction with authorial environments that both, exist beyond the text while at the same time, influence an interpretation.

The reader of allegory must therefore shape representation by both the character = x method and according to the shifting nature of allegory so that a rich and complete understanding of an allegorical representation can occur. The reader of allegory should consider the range of possibilities posed by the era and context of the text and the era of interpretation. The intent of an author should be accounted for when considering allegory, whether it be a symbolized longing for love or a bold political statement etc. Ultimately, these accounts should ready themselves for interpretive variations in accordance with not only the nature of the reading audience performing the interpretation and the pliability of language, but for the slippery nature of allegory itself. 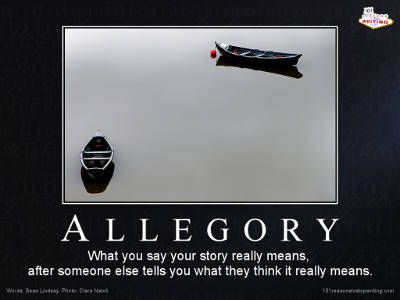 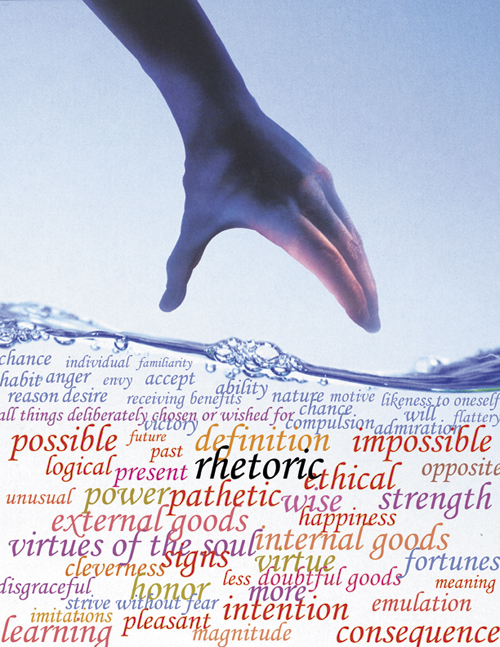 Parallelism: use of identical or equivalent syntactic constructions in corresponding clauses or phrases

Ex. One desires to run a bloody marathon, as one wishes to climb a gruesome mountain

Ex. Praise the independent child, pray for the co-dependent woman

Chiasmus: inversion of the second of two parallel structures

Ex. The spires of his tainted wealth, money corrupted by cruel ambition

Anaphora: repitition in the beginning of lines of poetry

Epistrophe: repetition at the end of lines of poetry

Parenthesis: a phrase  inserted into a passage with which it is not grammatically connected, and marked off by brackets, dashes, dots, etc.

Periphrasis: roundabout way of expressing something; circumlocution; describing something without naming it

Ex. Tasty expressions of life’s sweet flavor, what tongue does not adore?

Polysyndeton: repetition of conjunctions in close succession for rhetorical effect

Asyndeton: omission of conjunctions from constructions in which they would normally be used

Ex. “I will steal any money, shoplift any goods, rob any bank, so that I may simply survive,” the young man said to us on that dusty street.

Ex. John and Mary know how, and they do it all night long.

Ex. Right now, you are probably asking yourself…

Rhetorical Question: a question that does not require an answer

Ex. Why should I sit here and listen to this?

Inversion: rearranging syntax of a common sentence; placing words out of order

Ex. Failed were the swordsman’s efforts to strike down the invisible warrior.

Ex. He took the slimy thing from the water and frogged me in the face.

Pun: use of words to exploit ambiguities and innuendoes in their meaning, usually for humorous effect; a play on words

Ex. Let us celebrate the idol mind of our leader. (Idol is to be a substitute for idle.)

Ex. Y’all heard me, it’s time to get jiggy in da haouse! 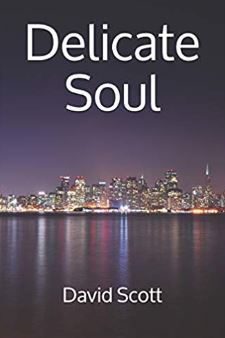