Alex Clark of The Guardian penned an article that I came across in a manner that was entirely coincidental. My blog post about Daniel Defoe had been up for only a few days when, lo and behold, I found myself reading about a new kind of writing called “autofiction.” Clark provides a definition as he discusses the new genre:

“Suddenly this kind of ‘autofiction’ – fictionalised autobiography that does away with traditional elements of the novel such as plot and character development – is everywhere” (Source).

As any person of the writerly type would do, I kept reading to find out what was going on, my curiosity leading the way, and that’s when I connected the dots as to what was happening in my mind. I saw that I was recognizing the characteristics of this new form of writing, and realized that I’d seen it before, very recently, and it had everything to do with Daniel Defoe. 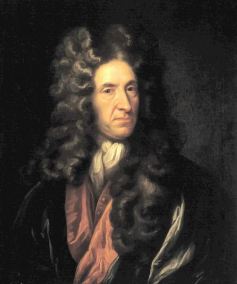 In Defoe’s time other writers had published fictionalized narratives about life as it unfolds, from the perspective of a single person, sans the aspect of organized artistic form. Defoe elaborated on the style to produce what he termed the “private history.” The result of his efforts brought us a voluminous collection of breakthrough novels:

The funny thing about recalling these works is how their content resembles the first two words of Clark’s definition, because they are, indeed, “fictionalised autobiography.” With regard to “traditional elements of the novel,” well, in Defoe’s time, such elements hadn’t come to exist yet.

When I found Clark discussing Olivia Laing’s novel Crudo (2018), in which he describes how “Crudo slips sinuously between ‘Kathy’ the pre-millennial icon of the American counterculture and a 21st-century woman on the brink of multiple life changes,” and that the “action slides from a luxurious holiday in Italy to Korea, Grenfell, Steve Bannon’s resignation, [and] a priest giving a sermon in Italian ‘in which the word WhatsApp was frequently discernible,'” I couldn’t help but to observe parallels to Defoe’s work.

From Defoe’s time, writers leading up to the current age, from Richardson and Fielding, to Burney and Austen, to Hawthorne and Melville, to Dickens and Collins, to Brontë and Eliot, to Hardy and Wilde, to Woolf and Joyce, to Ellison and Lee, to Nabokov and Vonnegut, to King and Gaiman, and so forth and so on, the novel has been shaped into what we come to expect in today’s reading market.

And yet it is the “market” that concerns us here, because as Clark tells us, according to the frenzy of the internet-driven, social media age, in which publishing professionals are faced with notorious slush piles, comprised of ongoing novice attempts at the literary tradition, “Writers, then, need strategies to meet the darting eyes of those too powerful, or otherwise occupied, to listen to them.” In short, a new trend has developed in which writers are abandoning the classic structure of the novel — character development, plot, etc. — in favor of blending aspects of memoir-styled nonfiction with fictionally created characters to produce a reading experience that feels fresh and different, enabled by the power of its introspective traits.

The quality of introspection is the factor that drove Defoe’s novels into trail-blazing success (though he didn’t live to see much of the rewards). Introspective writing satisfies an innate need lurking within the human psyche, not only because people want to feel like they’re not the only ones experiencing life on life’s terms, but because the nature of introspective writing projects the opportunity for discovery. Imagine, for example, stumbling across your aunt’s diary from a few decades past, a document she may have meant to have kept hidden. Are you not enticed to find out what she went through? It is the subliminal element of attraction that underscores autofiction, to learn the experience of life from a personalized, lived-in perspective.

When the Internet came into the mainstream, not only did the publishing industry change, but we witnessed the curious onset of experimentation, from novels written on Twitter (micro-novels) to among others, the community-driven novel (collaborative fiction), staples in the abandonment of the literary tradition. As we are learning, however, it seems the writer’s ego never truly fades, never wholly recedes into the background. And so it is that they continue to seek that comfort zone in the cabin by the lake, the quietude stimulating as they seek to tap out their masterworks amid the fragrance of coffee as it wafts through the air. On this note, though the stylistic traits of autofiction will come across as modernized, much more intriguing and energetic, in comparison to the olden form that is the private history, it seems that from Daniel Defoe to Olivia Laing — almost 300yrs to the day — the novel itself as a species of writing has somehow managed to come full circle.

To view the matter from this perspective is to contemplate why the elements of character development and plot came about in the first place. There is a reason why Defoe’s private histories are recognized as fundamental novel writing, and so it is that with autofiction, a new kind of writing that is, according to Clark, nowadays to be found “everywhere,” the pleasure will be in not only coming to marvel and enjoy this new literature as it flies off the bookshelves, but to envision where the phenomenon will take us next.